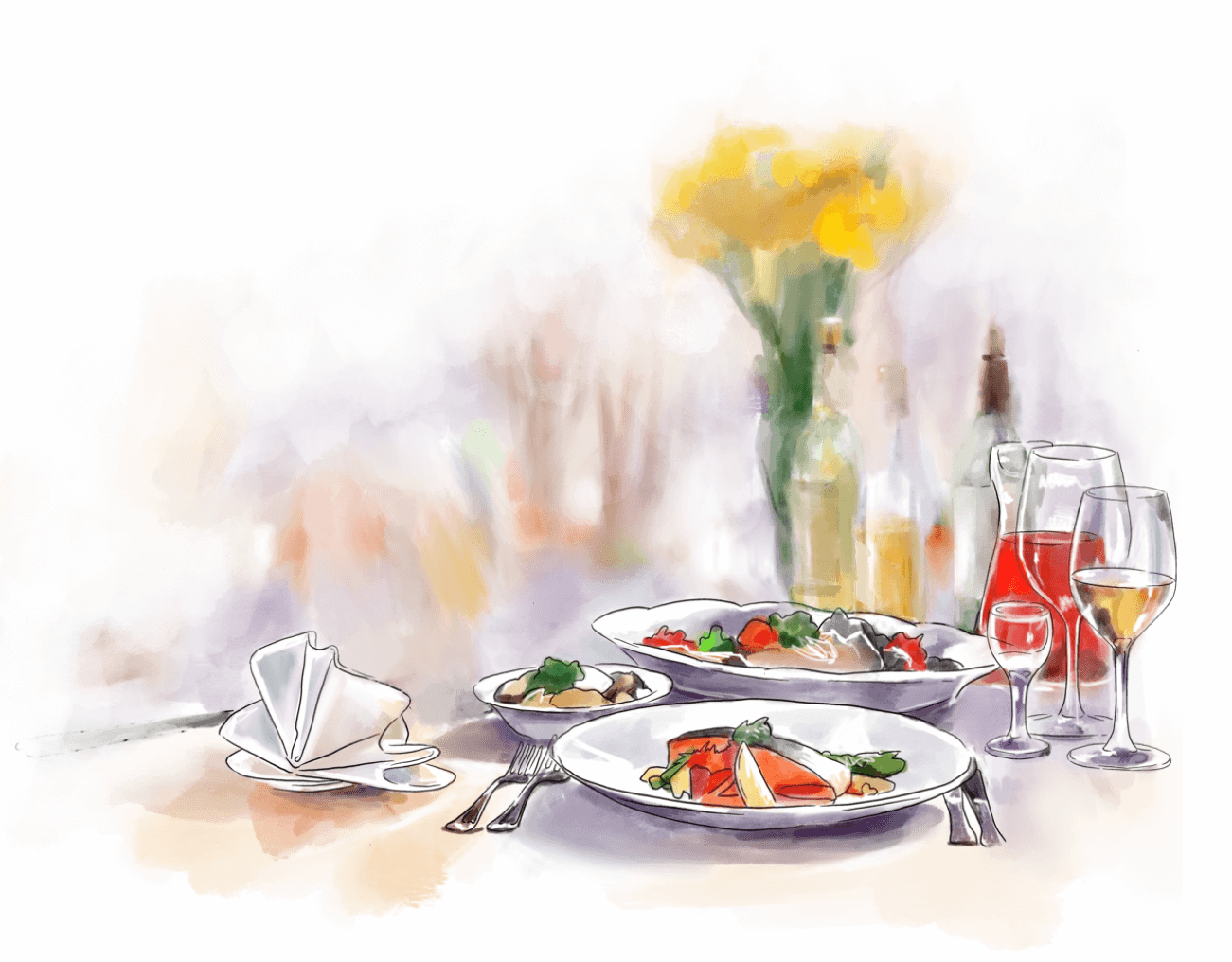 Over the years, the hotel has provided services to more than 1 million 800 thousand visitors to the city. Visitors were more than 2 million people.

At that time, the city of Tyumen occupied a special place on the map of the USSR - the country was actively developing, the oil the region was just beginning to develop, and experts from all union republics moved to Tyumen and beyond to the north and east. Time itself required a large modern hotel, capable of catering for a huge number of guests. So, at the request of time, the Vostok Hotel arose. From the 70s to the 90s the hotel complex was one of the most visited in the city.

2 tons
fish eaten
Atelier of wine
The Atelier of Wine contains the most complete collection of sparkling wines of the Russian wine house Abrau-Durso.
Gastronomy club at wine atelier Abrau-Durso
up to 40 people
An elegant room with an elegant interior and original Russian cuisine.
City cafe
up to 140 people
A spacious hall visually divided into several large parts, each of which bears an individual character and style.
Children's room
up to 10 people
A children's room in the style of “Alice in Wonderland” with exclusive designer furniture and thoughtful zoning for children of different ages.
Karaoke room
up to 25 people
Fans of stylish theme parties with a sense of taste will have to the karaoke room of the Vostok restaurant.
Hall room
up to 10 people
A room for up to 10 people is perfect for a relaxing family dinner, or for heated negotiations.
Lobby bar
On the ground floor of the Hotel, along high panoramic windows, there is a cozy lobby bar where you can relax and have a good time.
Catering
Restauration Vostok provides catering services in Tyumen.
Hall of festivities
up to 200 people
For special events, the Vostok Hotel offers a celebration hall with a capacity of up to 200 people.